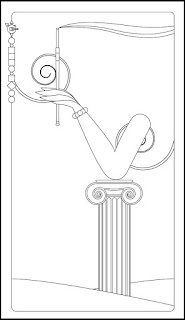 Above is what I originally had in mind for this illustration, but my ambition sometimes gets the better of me and the arm became a whole new monster (ha ha) as seen below.

I first built the arm, hand and cigarette holder, then fashioned the rest of the Socialite around it. In my head though, the original vision was only the arm resting on a pedestal. Moderately happy with my monocular monstrosity, I decided to create what I originally had in mind. Surprisingly, it was what I had wanted all along. 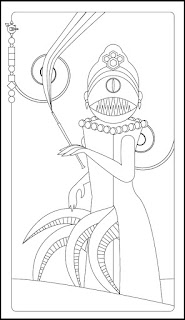