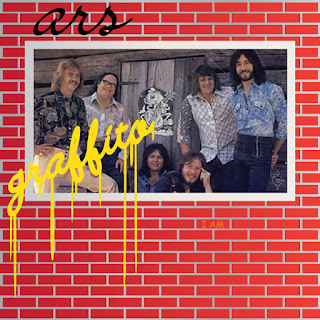 On October 8, 1980 I thought this was a good idea. According to a note on the original sketch, it was "from a dream." There are several drawings of record covers that I did that I dreamt up. I was a little obsessed with the idea of becoming a record cover designer at the time, so I'm not really surprised. I just wished that I'd dreamed something good, since clearly I knew even less about design and art than I know now. The beauty of recreating this artwork is that I now have a brick pattern in my library. The photograph of the band was borrowed from the internet.