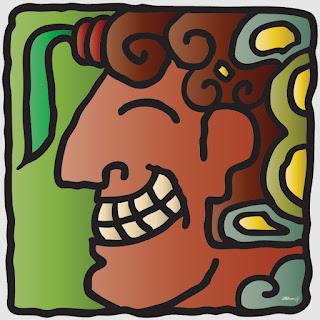 In November 2009, I started and ended a project to write a novel for NaNoWriMo centering on themes surrounding 2012 as the supposed end of the world. I had intended the story to be a comedy involving four close friends drinking the Apocalypse away and finding themselves party to the unraveling of, well, everything. As I had done previously, I intended to write the story in real time covering the last 30 days of the world as it descended into chaos and oblivion.

I've never known what exactly to think of all of the hubbub surrounding 2012. Sure, the Maya calendar completes it's cycle in December. Certainly, Terence McKenna's Timewave predicted Novelty Zero for the same month. Absolutely, it's a Solar Maximum year (maybe). Unsurprisingly, a Pole Shift -- known to be an extinction-level event -- is due any time. Astronomically, our solar system has just crossed the galactic plane -- when asteroid impacts can occur more frequently. Surely, in this year of all years, hilarity must ensue.

For the cover of my novel project, An Incident at Nosedive Chasm, I drew a Mayan expressing the mirth that the End of Times must surely invoke. I like him a lot, and he embodies my own sentiment: we might as well laugh at the Terrible Inevitable. The alternative is hiding behind the couch...and who wants that?
Posted by John J Gabarron, IV at 2:46 PM