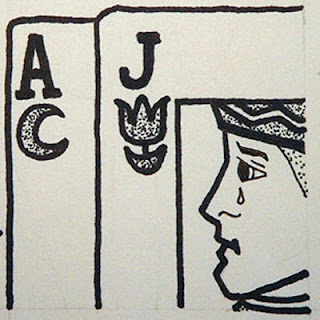 This is the original pen and ink sketch that informed Ptero Poker. It was done in 2005 one morning before work in about ten minutes. I think I knew right after it was finished that I would be revisiting the idea. 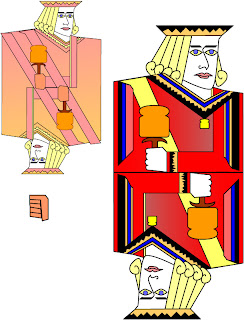 I can't imagine that these work files are of interest to anyone but me, but I was surprised that I retained them. The first is the original "sketch" for the Jack of Toast. I liked it well enough, but it was too Hoyle for my taste and while I'm not averse to copying, it didn't suit the mood I was trying to evoke even after changing the color scheme. 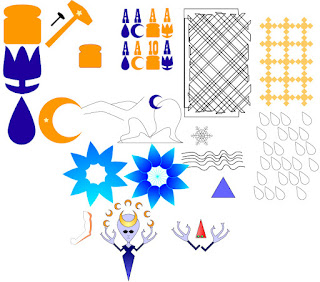 I'm surprised this exists at all. This is my original digital "sketchbook" for the shapes, patterns, and backgrounds that populated the deck. Note that I'd already envisioned Hammers as a suit.

I'd forgotten entirely about the juggling Queen of Lunes. I may have to revisit that idea some day.
Posted by John J Gabarron, IV at 7:19 AM