On my snoozing guest 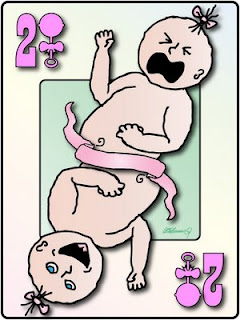 My daughter is still asleep. She's visiting from Denver. She came to town for her tenth high school reunion. My goodness gracious, when did I become so aged as to have a child old enough to go to a tenth reunion?

My daughter and I have always gotten along pretty well. Oh, there were those dangerous times during her adolescence that I was sure we wouldn't survive. We managed somehow, though, to my undying amazement and gratitude.

She's the reason I haven't completely given up.

My talents (such as they may be) are on display with my words and pictures. Her mother was equally talented. My daughter has demonstrated for a long time that she received the best of our gifts. She's completed two novels (I finished my first only a few years ago and it has resulted in creative paralysis) and is working on another. One of her childhood advocates and friends (a friend of her mother's from back in the divorce days) is her editor. I have no doubt whatsoever that my beautiful child will show me up one day and become the successful novelist that I always fantasized that I'd be.

But she compliments me too. I have a story idea that I've been parked on for 15 years that she thinks is still fresh and innovative and wishes that I would hurry up and finish it so that she can adapt it into a screenplay. I've long thought the concept was novel, but she thinks that it would be the best horror story since, oh I don't know, Halloween. So I've been trying to work out the details of the story so I can at least leave her notes if I never get it done.

We are alike in so very many ways. We both write. We both love movies. We love to debate whether the latest comedy we saw was a spoof, a parody, a satire or an homage. Her aunt doesn't think there's a difference between those. We know better.

We love to laugh together and have enjoyed just hanging out for the last few days. There's no pressure to go sightseeing since she lived here for years. There's no need to run about madly just for something to do. We have catching up to complete and a whole season of Supernatural to watch and you can't do that when you're out and about just for the sake of not sitting on the couch.

We have a comfortable relationship. We're a lot more like friends than a parent and child. She's smart and witty. Most important of all, she laughs at my lame jokes. What more could a father want? Really, what else?

I'm going to have to wake her soon though. I want to start doing stuff around the house. Loud stuff. Like cooking and watching TV. I want to listen to some music.

Congratulations on being able to relate to your daughter on an adult level - there are many who never get there.